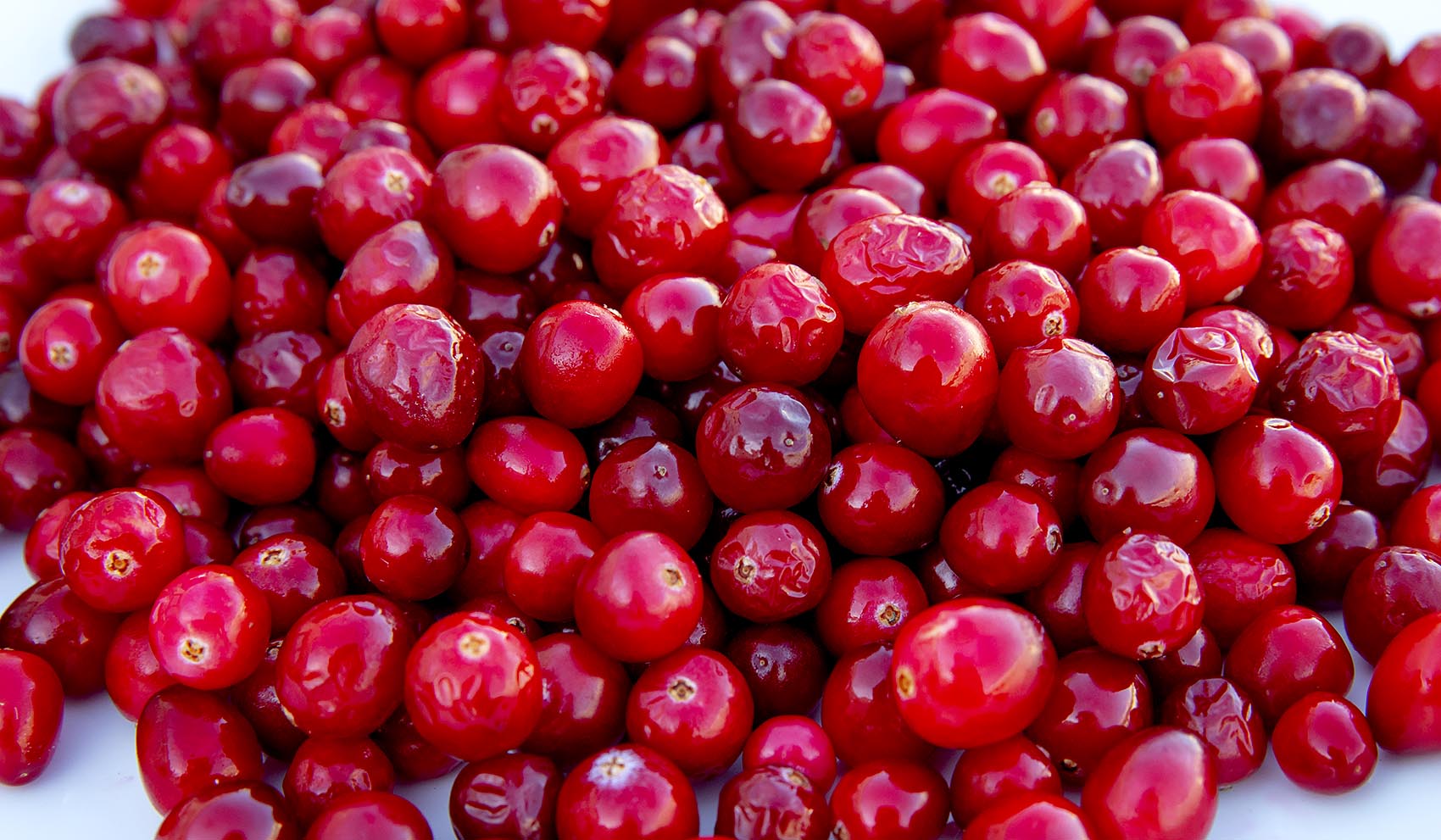 Cranberries are a group of evergreen dwarf shrubs or trailing vines growing in low, creeping shrubs or vines. Since the early 21st century within the global functional food industry, there has been a rapidly growing recognition of raw (not dried) cranberries for their consumer product popularity, nutrient content and antioxidant qualities, giving them commercial status as a “superfruit”.

Cranberries are normally considered too sharp to be eaten plain and raw, as they are not only sour but bitter as well.

Cranberry juice is a major use of cranberries; it is usually either sweetened to make “cranberry juice cocktail” or blended with other fruit juices to reduce its natural severe tartness. Many cocktails, including the Cosmopolitan, are made with cranberry juice.

Usually cranberries as fruit are cooked into a compote or jelly, known as cranberry sauce. Such preparations are traditionally served with roast turkey, as a staple of English Christmas dinners, and the Canadian and US holiday Thanksgiving. The berry is also used in baking (muffins, scones and cakes). Less commonly, innovative cooks use cranberries to add tartness to savory dishes such as soups and stews.

Fresh cranberries can be frozen at home, and will keep up to nine months; they can be used directly in recipes without thawing.

Raw cranberries have moderate levels of vitamin C, dietary fiber and the essential dietary mineral, manganese, as well as a balanced profile of other essential micronutrients.

One thought on “Health benefits of Cranberry”

Established in early 2010 Natural Essentials is the UK's home shopping supplier of vitamins, minerals, health supplements and a wider range of other health care and well being products. Based in the UK, Natural Essentials offer pure pharmaceutical grade vitamins and supplements, direct to your door step. Read more